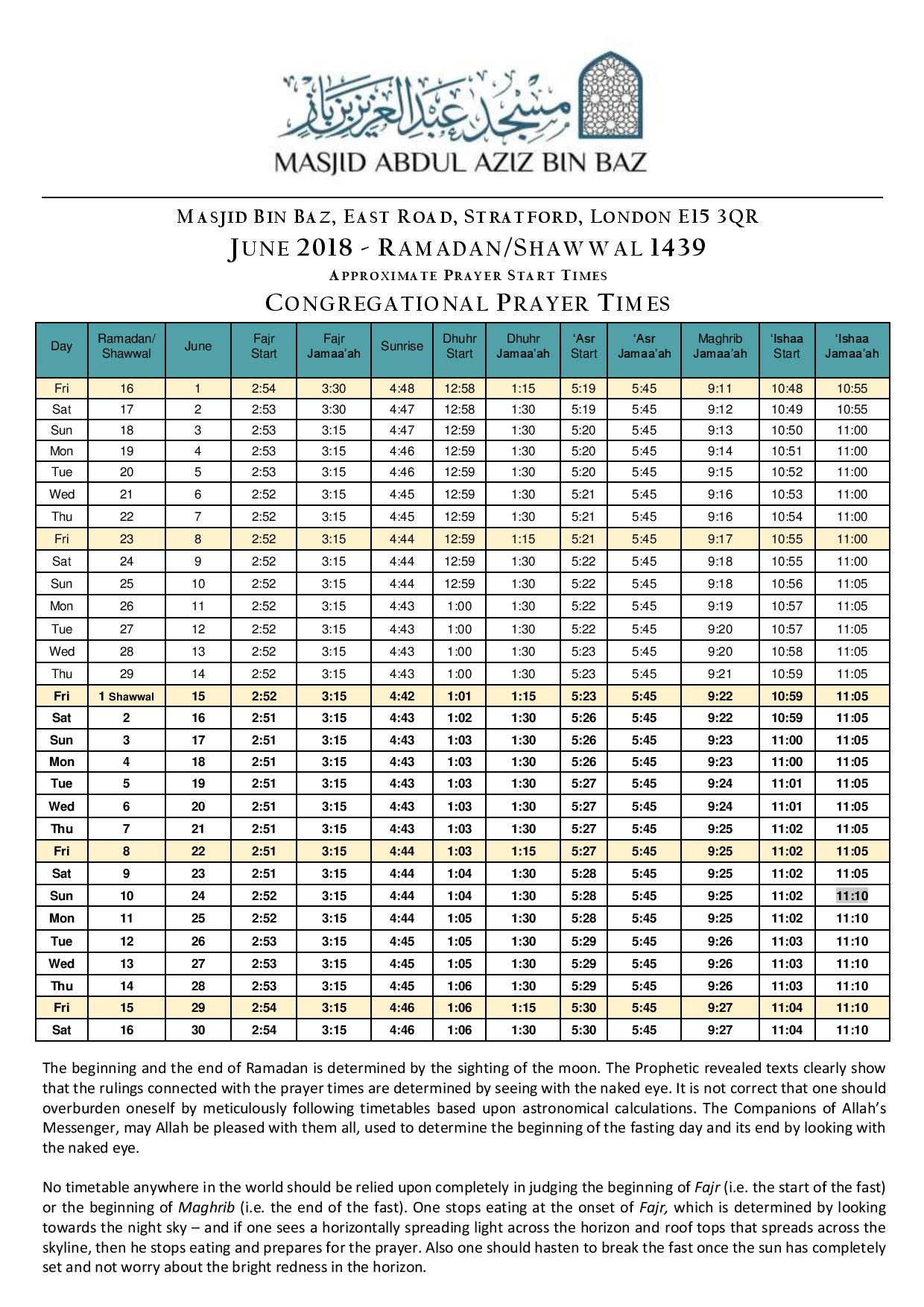 The beginning and the end of Ramadan is determined by the sighting of the moon. The Prophetic revealed texts clearly show that the rulings connected with the prayer times are determined by seeing with the naked eye. It is not correct that one should overburden oneself by meticulously following timetables based upon astronomical calculations. The Companions of Allah’s Messenger, may Allah be pleased with them all, used to determine the beginning of the fasting day and its end by looking with the naked eye.